Tuesday, July 31, 2012
Unknown
Samsung Galaxy Beam Is Now Available In The UK. The Samsung Galaxy Beam is now officially available throughout the UK. Reportedly, some stores have been selling it already since the last week where Samsung had not yet announced the availabity at the time. Samsung officially announced the availability one or two days ago. If you followed the previous news about the availability, you're supposed to know that the device isn't available for a low price, neither in and outside the UK. Buying at Clove UK, the device will cost you about £412 ($647; €528) with VAT included. 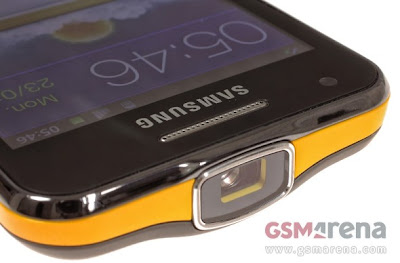 The Carphone Warehouse will offer you the handset for free with a number of contract options with Orange and T-Mobile. Currently Amazon UK does not currently offer the device, but there are some sellers that offer it for about the same price as Clove offers. Expansys UK sells a cheaper European model but a more expensive for UK model. Consider that the device is a product of Samsung, it shouldn't be any hard to get the device, there should be many retailers/online shops that you can find and make a deal with.
at Tuesday, July 31, 2012