iPhone 5 To Launch With iPad Mini?

Tuesday, July 31, 2012
Unknown
On my previous post, i told you that "iPhone Will Releases With a 19-pin Dock Connector". Now it's getting even more convincing, iPhone 5 Will Launch In The Next September. Yea, we might see that device earlier than we might guessed. Some sources said that the device is supposed to be "present" in an event of Apple on Wednesday 12 September, 2012. The sources said this device will be soon released 9 days after the event (9 days or there abouts). The device itself is rumored will be a 3.9" bigger in screen with a 16:9 aspect 640 x 1136 resolution display, 3.5mm headphone jack at the bottom, and a 19-pin smaller dock connector. 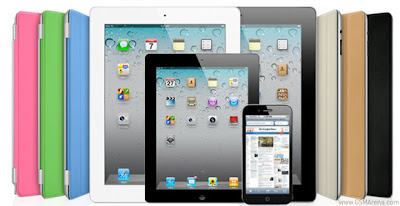 Beside that iphone 5, there are also mini iPad and iPod nano that are being rumored to attend the event, but there are no rumors about the release date of those two devices. The further information about mini iPad rumor is that it could make the shelves in time for Christmas. If this alleged information turns out true it would mean the iPhone 4S would be top dog for only 11 months, whereas the iPhone 4 held the crown for a full-blown 16 months.

My advice about those rumors is, don't take the information with a brick-sized pinch of salt as this all could turn out to be bogus.