Nokia Is Over With MeeGo Os

Thursday, July 05, 2012
Unknown
Head of Development of MeeGo Sotiris Makrygiannis and the boys announced that they've left the company, it's just a few hours after Nokia posted the PR 1.3 update for Nokia N9 users. This is such a good news that suddenly just comes to the company i think. - During the time, Sotiris Makrygiannis was the man behind some phone types shipped by nokia like N770, N800, N810, N900, N950, and N9. 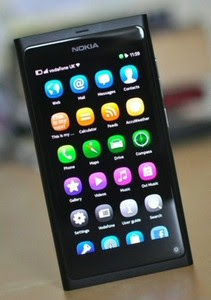 Some fans said they're feeling pity of this condition, yet they said thank you and wish them good luck for the next effort. - There's a rumor, a rumor that might be true, mentioned that the team is heading to Intel and Samsung, and as such some fans are hoping that they'll bring even more innovation, or at least won't be worse than what they've brought. We'll see guys..
at Thursday, July 05, 2012