Thursday, August 30, 2012
Unknown
LG announced a new android phone a few days ago, LG Optimus L9. This smartphone will sit at the top of the popular L-Series devices from this manufacturer. The phone is reportedly adopting 1GHz dual-core CPU, 1Gb Ram, 4GB built-in memory on board that is not yet confirmed if it is expandable or not, 4.7" screen, 5MP camera with VGA front-facing companion, 2150mAh battery, and 131.9 x 68.2 x 9.1mm in measurement with 125g weight. 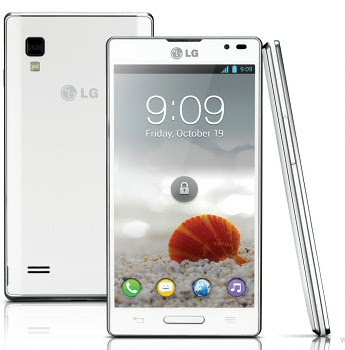 The phone is powered by Android 4.0 Ice Cream Sandwich Os, and is dressed in the company's UX user interface when it is launched. This phone will also feature a Qtranslator app that which is capable to translate text from 44 different languages using Optical Character Recognition technology.

The price and its availability is not yet known. We'll find out when it's getting announced.
at Thursday, August 30, 2012