Tuesday, March 27, 2012
Unknown
AT&T has revealed that Nokia Lumia 900 and HTC Titan II will both hit shelves on the next April. If you're looking for an AT&T phone, i'm sure this could be the right device for wait. - Today, AT&T announced that both Nokia Lumia 900 too HTC Titan II will hit shelves the next month, exactly on April 8. The both are running on the same Os, Windows Phone 7.5. - Reportedly, this Nokia Lumia 900, which has a 4G LTE, will be available for Us$100, it must be a good deal to buy one, i think. How not, as you might knew that mostly LTE phones are sold for around Us$300 or there abouts today, but this one is offering us Us$200 cheaper prise, isn't it a good offer to consider?. 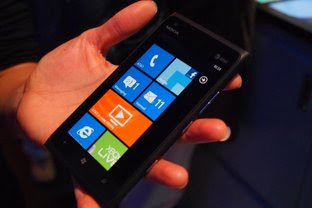 This Nokia Lumia 900 has a 4.3-inch AMOLED screen, runs on a single-core processor (Just like all Windows Phones), and available in black, white, and cyan, and will be available for pre-order (begin) on 30th this march. While HTC Titan II will come with a 16MP camera and 4G Lte as well just like the Lumia 900, and is priced for approximately Us$200. - This could be a bit hard for Titan II to compete with consider that Nokia Lumia is sold for a half prise cheaper, though Titan II has the better camera. 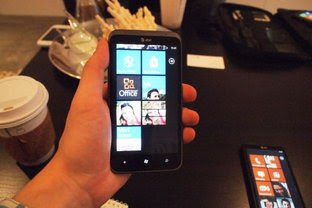