Friday, March 23, 2012
Unknown
Previously, Finnish game maker Rovio kept the formula the same like. Maybe the birds moved to a different locale and used a different costume, but out of those two things, everything was all remained the same. But not in this Angry Birds Space, no longer, it's ready changed now. This version is designated fo download on Google Android, PC and Mac, and Apple iOS. The game has been available for download since last Thursday. 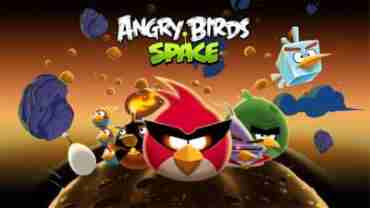 Now the catapulted birds will occasionally act just like you would expect them to. Even, now when they get beyond the gravitational pull of a planetary body they'll float off into space. Also, once you launch the birds at the evil green pigs that stole their eggs, they can now go into orbit and taking a few spins around a planet before knocking off a pig. The game feels familiar, the difference is that now it comes with a whole new set of challenges. The reviews of the game have been almost exclusively positive, where Mashable saying it the "most inventive game in the franchise yet." And PC Mag says, "It's easy enough that you can make progress without being a dedicated gamer, but difficult enough that it'll offer at least a few hours of challenge.".