Saturday, March 24, 2012
Unknown
By original, Nokia N9 phone is the first too the only version of nokia that runs on Linux basis (MeeGo). This version is belong to limited edition phones and such the phone maybe not realy known universally. Not to mention, nokia is now at busy with their new project to launch a new smartphone that which the phone reportedly will adopt Windows Os. 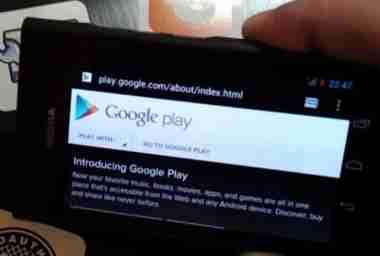 In connection to that Nokia N9, lately, there's a forum namely NitDroid Development Forum released a project namely Mayhem, as poeple say. The purpose of that project is to know whether or not and how the Os run on nokia phone. - The Os is running quite well but there still be a little trouble to fix by like accelerometer response, or even the YouTube player for example. - Officially The Nokia N9 has a 3.9 inches AMOLED display, Single-core 1GHz Processor, TI OMAP 3630, 1Gb Ram, and many more.
at Saturday, March 24, 2012