Windows 8 Will Be Released On quarter 4 This Year, Sure?

Wednesday, March 21, 2012
Unknown
I've just heard a news that Microsoft will launch their newest Os, windows 8, on quarter 4 this year. Maybe you too knew that microsoft has been in project to launch that newest Os, so It's just possible to be true if microsoft will release it on the next october. According to rumor, Windows 8 will come with a two chip, they are intel and Arm. And where the chip from Arm is the same chip with what that Ipad use, but only 5 devices will be released to that edition, while intel is more than 40 devices. 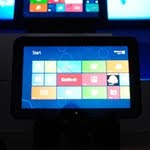 Some poeple say: if microsoft doesn't release yet the Os after October then they'll release no device in this 2012. And the last thing is that even though microsoft release the Os next october, it should be hard anyway to fight Ipad which is in a good position to hold the market.

And by the way, did you know that Windows 8 is available for free download? It is given in purpose for Consumer Preview. Here it is: http://windows. microsoft.com/ en-US/windows-8/ consumer-preview. The only advice that i can give before you go there, is that "Don't give a space on your url", that's it.
at Wednesday, March 21, 2012