Huawei Ascend D Quad Will Be Soon Available In China

Thursday, March 22, 2012
Unknown
There's a chinese company said that Huawei Ascend D Quad will arrive at the market in betwen quarter 2 and 3 this year. Reportedly this Huawei Ascend D quad will only miss a Q2 launch by a whisker. According to the reports, Huawei means to start producing this phone on the next June and then will release it a month after. There's no rumor yet about the price for this device, but some poeple are hoping that this Huawei Ascend D quad will be released at a lower prise than what other competitors offer. 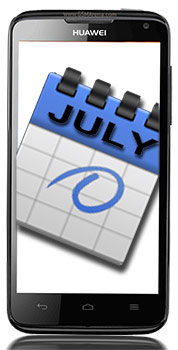 There's a prediction augurs not realy well for Huawei, this Huawei Ascend D quad might will hit market at the same time with the next Galaxy S is hitting. In other terms, Huawei will have to set the label at a lower prise to compete with that Samsung Galaxy S, and that is just what the "Some poeple" expect.
at Thursday, March 22, 2012