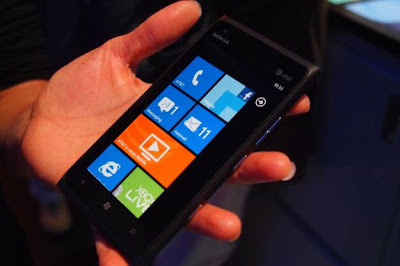 Responsing the outcry of nokia lumia 900 which is currently having a little problem with the data connectivity, Nokia released a firmware update to take care of the problem. As been detailed by Nokia, this update will fix the memory management issue. Previously, the firmware caused a loss of 2G, 3G, or 4G LTE data services when the phone switched to airplane mode, restarted or powered down. If there's another way to fix the problem without updating the software then it must be by hard-resetting of the phone.

While the update is scheduled to release on this April 16, the development team is able to push out the update three days ahead of schedule. - Nokia said about this problem, they said it has nothing to do with the hardware or the cellular network. - Users can perform the update by connecting the phone to a PC and using the Zune software to run through the update process. While for those who have Mac can use the Windows Phone 7 Connector software to download and install the latest version. And, Nokia has also included step-by-step videos to walk users through the update process.

Users who aren't feeling comfortable updating the software on their personal computer can trade out the phone for a new Nokia Lumia 900 at any AT&T store until the next April 21. And as been announced, Nokia is offering Lumia 900 owners a $100 AT&T bill credit as a gesture of good will due to the connectivity issue. Nokia is continuing to offer the credit to all new Lumia 900 owners as long as they purchase the smartphone prior to April 21. - Since the phone is priced at $99, the discount makes this Lumia 900 essentially free at purchase. Of course, users will have to sign up for the standard two year service contract through AT&T to receive the discounted price. - According to recent financial data released by Nokia, the company has sold more than two million Lumia devices in the first quarter, and the company expects a similar number for the second quarter this year.