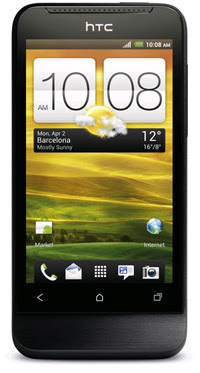 Well, for those who live in the UK, you can now preorder the HTC One V through the mobile retailers confirmed, as through the one: Carphone Warehouse. That retailer is now supplying the HTC One V for pre-order. - A free handset is reportedly available for è20.50 for a month contract and will be available on some carriers as O2, Vodafone, Orange, and maybe more.

According to the news i heard, The delivery of Htc One V you may preorder will be delivered at fast the next April 23. "This Htc One V is the most modestly priced of the three 'One' devices, brings a spec sheet to match. That doesn't mean it's a slouch and in fact it does an excellent job as a mid-range Android device in this 2012", said the source i quoted. - With a single-core 1GHz processor, the One V runs a diluted iteration of HTC's Sense UI overlay, seen on the One X and S in full-effect, this in turn is running atop Android Ice Cream Sandwich which counts for something. A 3.7" WVGA display on the front and a 5MP back camer with 720p video recording.